We are helping our customer in all stages of PLC software development life cycle. IEC 61131 Programming standard being followed in our PLC Programming. We have expertise in the major PLC/PAC/DCS programming Languages and Major PLC/PAC/DCS systems.  PLC CPU is the core of the automation. It should handle all the scenarios and control input and output devices timely manner. All industrial automations are time critical;our programmer takes care on all kind of tasks and schedule it in proper waybased on priority and time critical. We do take care CPU performance and analysis of the logic implementation in each level of feature development. We have different gates of check in development life cycle to evaluate our implementation against the requirements. We used to arrange intermediate demo and pre-demo to the customer to hear their feedback to correct it during development itself. Our customer would be part of a development team to raise questions and concerns anytime to make sure everyone in same page. 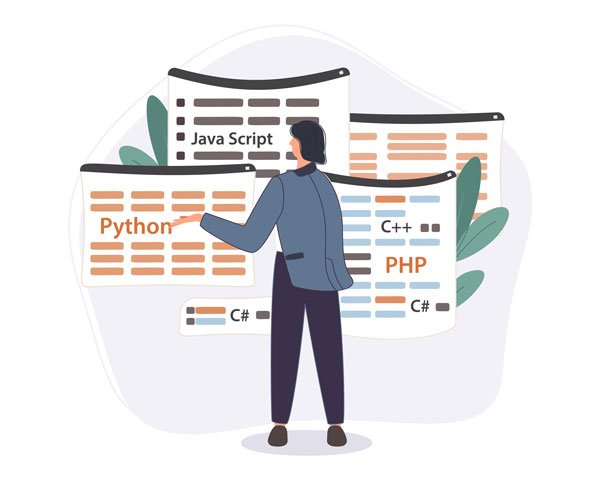 The major programming languages that we dealt with so far,

HMI Programming is different from most other programming languages. The reason is that an HMI is a visual representation of what’s happening on the manufacturing floor. Therefore, the actual HMI programming is typically referred to as HMI development as most of the time is spent on designing the layout of the screens rather than writing code in the traditional sense of the definition. Furthermore, the programming that will control the inputs and outputs of an HMI will generally reside on the PLC, giving the PLC programmer most of the control over the functionality of how the HMI will operate. However, both of these functions are combined at most facilities, and the PLC programmer would either create the layouts of the HMI screens or be familiar enough with the process to dictate how HMI programming will take place.

HMI is the first-hand tool to interact with machine by the operator. Operator should get all the information handy via HMI. HMI should report every fault code instantly, so that operator take a corrective action immediately. We are expert in create good graphic and informative HMI screens, where operator can interact with PLC, Configure the system, getting notification about the faults. Navigation system for rectifying or debugging a fault. We are expert in all the stages of HMI Developmentlife cycle. We have expertise in cross platform integration to meet all our customer expectation.

A Supervisory Control and Data Acquisition (SCADA) system, at the machine level, consists of a central station for gathering data and managing the overall operation. It also has sensors (these could be RTUs or PLCs) placed near to where the action is. The remote terminal units RTU or the programmable logic controllers PLC collects the information locally and then passes it on to the central station. This can be located several miles away.

RTUs and PLCs today are capable of controlling the actions within their range of vision through closed-loop feedback systems. The central station oversees the overall performance of the one or more RTUs/ PLCs under its control. SCADA systems also allow staff or supervisors to change the settings as appropriate at the level of the RTU or the central station. Alarming conditions like high temperature can then be stored and displayed as real-time data.

In SCADA programming, data is collected at the Remote Telemetry Unit (RTU) and has to be changed into signals, which is followed by reading this data that requires a Human Machine Interface (HMI). Often, this data also has to be grouped and stored (history databases) for trend and analysis work. As a result, unique database systems have to be developed. Networks and communication systemsbring in more varied requirements. Most SCADA supervisory control systems are now programmed using standard interfaces whenever possible. Most programs are written in C, or a derived programming language. As a SCADA professional, we can improve the functionality and performance of the software programs on your SCADA systems. This includes updating software and applying bug fixes and potential enhancements.

Control System Design and Development is the most challenges part in major process automation and major industries. Best control system design can increase the product stability and its controls which leads to less downtime and higher productivity.

When designing and implementing control systems, traditionally, manufacturing firms chose hardware-based PLC controllers or two types of PC-based controls which are very similar – Software PLC that runs on a PC or raw software control that runs on a Real Time Operating System (RTOS). The soft PLC PC-based controllers are highly durable, and they are hardened industrially to cope any changes in the technological environment and any new window updates.

As a result, this cuts down costs on the users that they might have incurred in upgrading the controls and looking for experts to help them update their window versions in order to be compatible with the new developments.  By contrast, the downside of using Hardware PLC is that you will have vendor lock-in so switching costs are high and there are hidden costs to take into consideration that will be incurred in every life cycle and this makes it more expensive. In addition, the user will tend to be tied to the manufacturer for both the hardware and the PLC needs. The conclusion between Hardware and soft PLC would be based on the application requirement and the software designer/architect who has designing the control system. We would offer both combination of solution to our customer based on their requirement.

Integral mode, in which the controller output is proportional to the integral of the error with time, that is, the area under the error-time graph. Controlleroutput.

Generally proportional plus integral plus derivative, which is referred to as PID mode